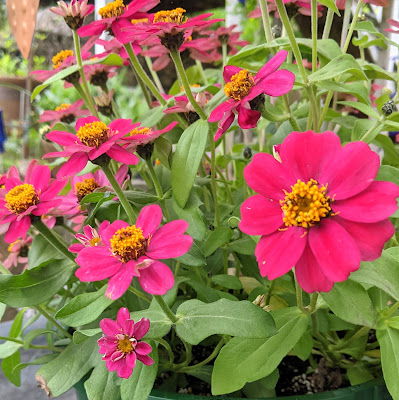 It's been a year since I made a blog post, so here we are...again. In time, maybe the world will be half-way back to normal after a global pandemic, upheaval, climate change, and so on....but I'm not sure anything has ever been 'normal'. Hopefully, there's been some waking up going on...about how others are treated, about doing the right thing for ourselves, others, and this fragile planet we live on. For this past year, I've continued working on making a garden, where there was not one. Now that's not been an easy task...but has become an art project and labor of love. A garden says that something in the world will bloom on, endure. Folks pass by and notice with delight. Some don't look, but more and more do. There's hope. 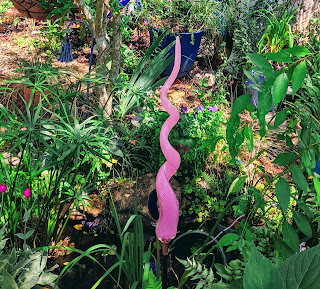 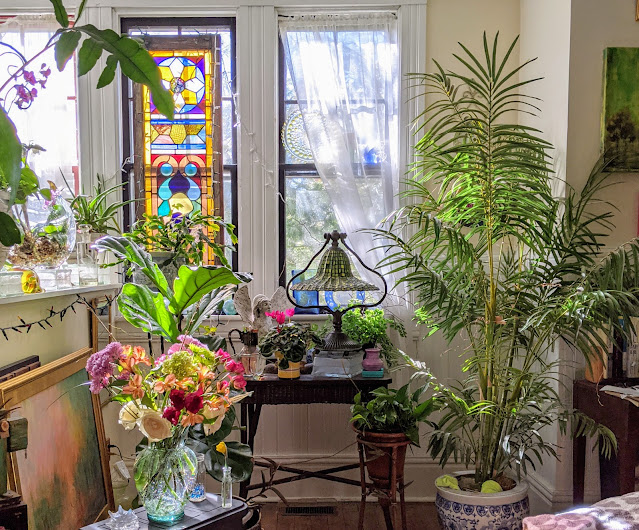 Today I picked up a few paints for a small project, painted....then headed outside to the compost bin--picking a few tomatoes, fresh basil and parsley, greens, yellow sun-filled flowers on the way back. There was a visit to the goldfish pond where a lily blooms; a stop at the bog garden. Inside, I chopped cilantro, parsley, basil, tomatoes and avocado, with a squeeze of zesty lime juice, a sprinkle of ground pepper and sea salt. A bit of this, a bit of that. Intuitive motions for an easy supper later on. That's art. A little bit of this, of that, mixing until it's just right. A knowing. 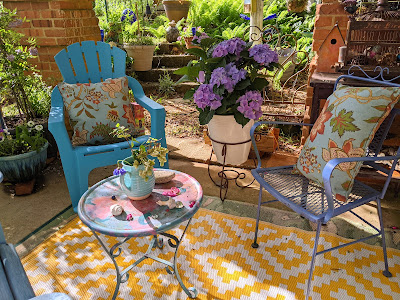 These are things we learn along life--when something's right. Or not. It takes time, patience, and willingness to make mistakes. That's OK. At some point, it all converges into what works.

I gratefully accept donations of any amount to help buy art supplies and survive in order to keep making art in a world that needs it. You may also purchase artwork through this PayPal link. Easy!

Link To My Newspaper Columns (below)